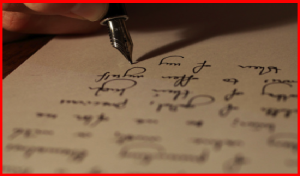 As the decision regarding the future of the Common Core State Standards (CCSS) in Arkansas will be made very soon, we respectfully ask you to repeal the CCSS for the reasons outlined in this letter. Adoption of these controversial standards occurred without public or legislative input or review, resulting in a state that is now embattled in heated discussions about what is best for the education of Arkansas children. The continuing dispute surrounding these standards is not, as we heard in the recent common core hearings, simply the result of a few unhappy people who have been called “the fringe” by the head of the Office of Education Policy. The controversy over these national standards, inaccurately referred to as “state led,” can hardly be a fringe movement when common core was one of only five key issues addressed in the 2014 Arkansas Voter Guide. Furthermore, the controversy extends across the nation, with other states embroiled in the same public dispute over whether states should keep the CCSS or reverse course and go back to their own state standards or develop new ones.

The CCSS were initiated by two private trade group organizations, the National Governor’s Association (NGA) and the Council of Chief State School Officers (CCSSO), neither of which answer to the American people, in a private meeting, and then the deal was incentivized with federal government bribes in the form of grant money and waivers from the federal education epic failure known as No Child Left Behind. Bribing the states with millions of dollars and waivers to accept a sweeping change in American education is hardly what we would deem “state led.”

Here is a revealing quote from Alyson Klein at Education Week regarding the April 29, 2009 House and Education and Labor Committee Hearing: “T. Kenneth James, the commissioner of education in Arkansas and the president of the Council of Chief State School Officers, agreed with Rep. McKeon that state leaders are likely to be much more wary about a movement toward common standards, if it appears to come with a federal mandate attached. But he said Congress and the U.S. Department of Education should focus on using the ‘bully pulpit’ to help bolster the movement and consider providing federal resources, particularly for assessments. ‘I think it can be done without the perception that the federal government is driving the train,’ Mr. James said.”

No Evidence of Quality

The CCSS are advertised as “evidence-based” and “internationally benchmarked” yet no such evidence exists. Just because those who fund and promote CCSS say that the standards are evidence-based, rigorous, and result in college and career readiness does not make it so. In the 40+ hours of common core hearings, these buzzwords were often heard, yet no actual evidence was produced. A few warm fuzzy anecdotal stories from people who like CCSS do not constitute evidence upon which to base such an exhaustive change in education. And regarding the word “rigor,” this word was used so many times during the hearings that one member of the council finally asked the panel to define it. No one seemed to be able to clearly and concisely do so. Repeatedly saying that the standards are rigorous does not make it so.

The Bill and Melinda Gates Foundation bankrolled CCSS, and to date the Gates Foundation has spent more than $200 million to fundamentally transform American education, and that number keeps increasing. Gates’s remarks to the (July) 2009 National Conference of State Legislatures revealed his vision for education: “When the tests are aligned to the common standards, the curriculum will line up as well—and that will unleash powerful market forces in the service of better teaching. For the first time, there will be a large base of customers eager to buy products that can help every kid learn and every teacher get better.” So the Gates CCSS vision includes (1) a national curriculum (violating federal law) because there are common national standards, and (2) creation of a market for CC-aligned products for someone to make money. This is not what parents or teachers envision for education. The vision disconnect between the financier and the recipients is simply astounding.

The CCSS are copyrighted and therefore cannot be changed. They cannot legally be altered in any way, so there is no process for revision or improvement. In other words, they are rigid, inflexible, and prescriptive. Uniformity of the standards across the nation is less about “rigor” and more about one-size-fits-all thinking. This type of factory line education does not produce creative entrepreneurial thinkers for a free society.

The Question of Developmental Appropriateness

The Future for Common Core States

States choosing to keep CCSS face another dilemma that is now showing up on the education scene in Arkansas. While the original CCSS includes mathematics and English language arts (ELA), the aligned social studies and science standards are coming next. The social studies standards were so devoid of critical early American content that the Arkansas legislature passed SB1007 which specifically prescribed the content that must be added to those standards in order to correct the deficiencies. On a similar note, HB1967 was drafted to halt the adoption of the new Next Generation Science Standards; however, the bill was not heard in committee and sent to interim study. It is a sure bet that the science standards issue is not going away. They are content poor, full of politically charged junk science, and not STEM preparatory. As long as Arkansas keeps common core, there will be pressure to adopt all other standards that are explicitly aligned to CCSS regardless of their quality.

Arkansas can and should write our own high standards, preferably with input from nationally known standards experts. Furthermore, parents, teachers, and administrators should be included in this important process. Arkansas has the chance to do something truly exceptional: repeal common core and write standards that are far better than CCSS or the previous Arkansas Frameworks. With the creation of the Common Core Executive Council, all eyes around the nation (from those who are fighting the federal education reform efforts) are on Arkansas. It would be unfortunate if we missed this opportunity to lead the country in K-12 education.

Governor Hutchinson, we ask that you repeal the Common Core State Standards in Arkansas and put the mechanisms in place for writing newer and better standards that are truly Arkansas standards.

THE NEXT GENERATION NOT-SO-SCIENTIFIC STANDARDSEducation